“MKDA was creative in its problem solving, staying sensitive to the history of the building and culture of the firm, to turn the project around in record speed and on budget. In addition to the adaptive reuse of the building, they are able to assist with interior office build outs, marketing, and advisory. They are a solid team.” – Justin Tehrani, Link Real Estate. 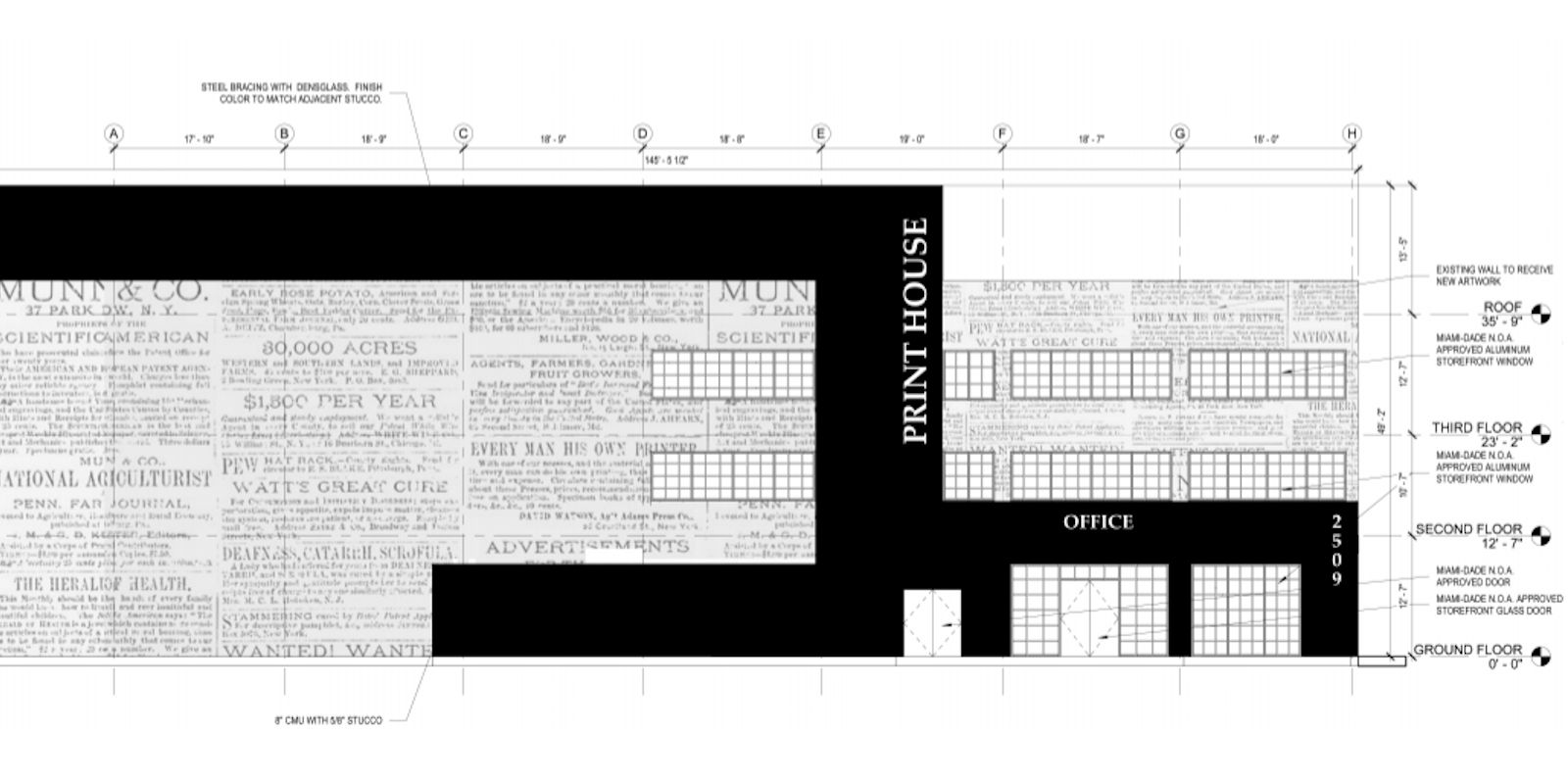 MKDA is repurposing Print Shop, a 21,000 SF building that was originally constructed in the 1920s, into retail and office space. The building was initially used as a family-owned print shop so we wanted to pay homage to these significant roots with our design. The project team has thus created a modern concept combined with elements from the Industrial Revolution era in order to merge Wynwood’s vibrant spirit with the building’s vintage charm.

On the exterior, MKDA showcases Print Shop’s origins through including a newsprint graphic on the building and highlighting the signage and entrances in black with industrial black mullion windows and glazing. The ground floor has been transformed into an indoor and outdoor restaurant with an outdoor pop-up artisan market inspired by New York newspaper stands. These 6 x 8 stands, made of plywood with a newsprint graphic, can serve as kiosks for vendors and as a pop-up beer garden, which can then easily be folded up once closed. 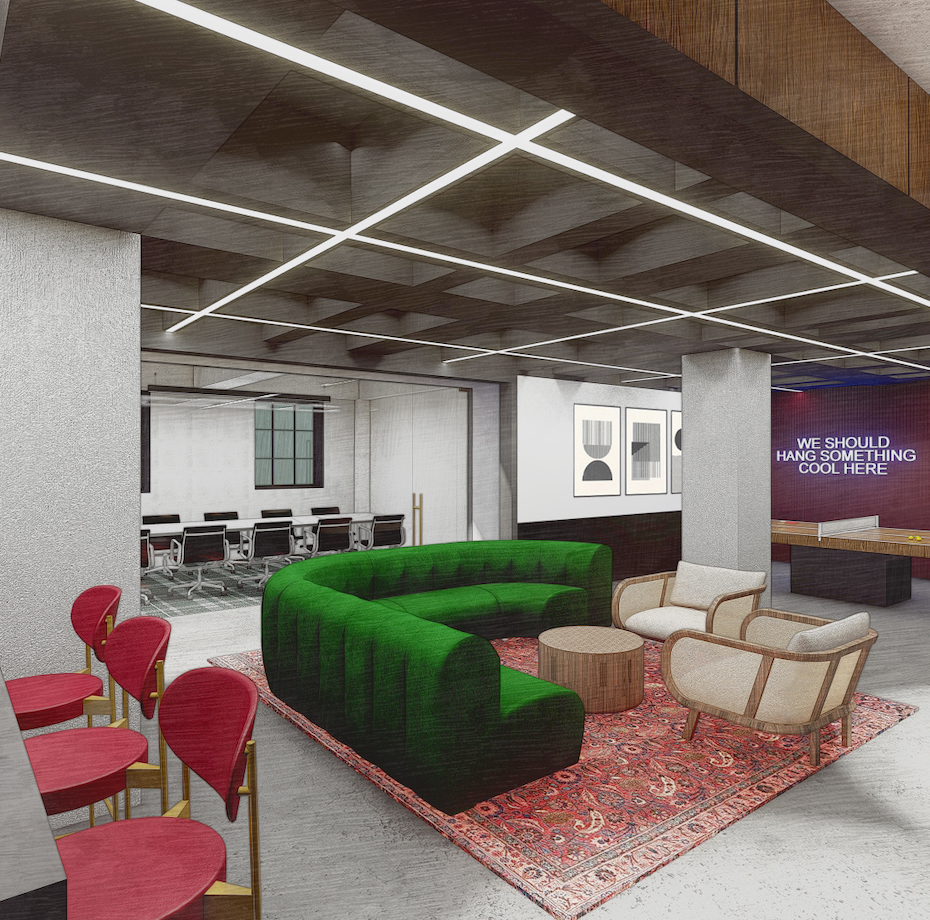 Industrial Roots with a Modern Spirit

Upon entering the building, the project team modernized their printing press theme with 3 floors of open office space. The brand name “Print Shop” is featured in a custom Barrisol lighting installment with letter graphic wallcoverings in the common corridors. There is a glass front elevator adorned with copper and antique elevator signage, providing it with a trendy, yet sophisticated look. Industrial concrete floors, ceilings, and columns with vertical lights and black framed interior glass are complemented with splashes of color, which adds a taste of Wynwood’s colorful personality to the industrial atmosphere.