MKDA designed a modern, yet timeless prebuilt suite based on Dupont Circle, which is located in the “Old City” of Washington. The Circle was initially landscaped with exotic flowers and ornamental trees and features carvings of three classical figures symbolizing the Sea, the Stars and the Wind on the fountain’s shaft. It rests on a concrete base and is surrounded by an open plaza.

Keeping the history and aesthetics of the landmark in mind, MKDA selected natural materials mixed with scattered vegetation to create a unique environment to match its surrounding location. The neighborhood’s multi-directional crossroads serve as inspiration for the layout and space identity of the 7th floor footprint. Landmarks and major roads, for example, identify various areas and suites, functioning as a distinctive wayfinding and branding strategy. 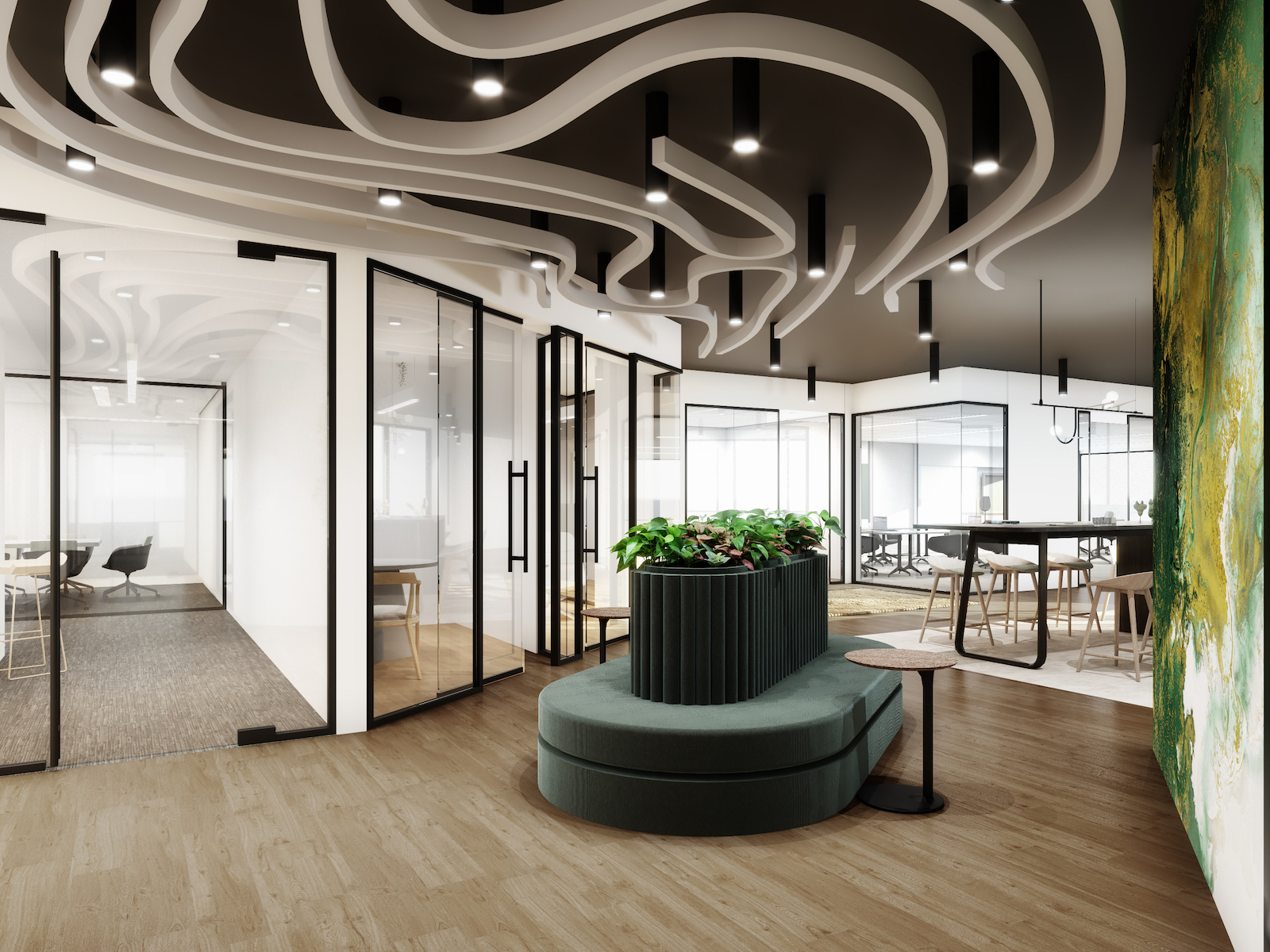